Artificial Intelligence in Staffing and HR 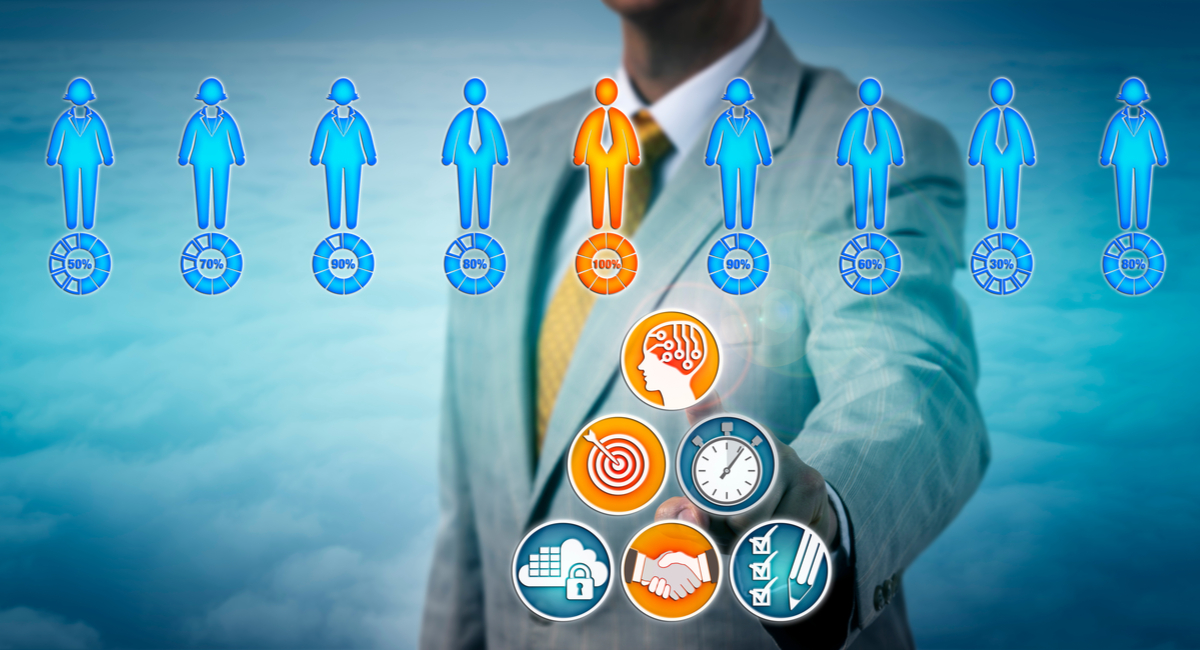 Artificial intelligence once seemed like a pipedream, yet it has been integrated into our lives in more ways than we realize. Learn about how AI has begun to impact staffing and HR departments, and a little about the potential risks of bringing AI on too quickly.

Artificial intelligence has revolutionized the world. As the centerpiece for countless dystopian novels and films, there’s no doubt that AI has slowly seeped its way further into our everyday lives. Whether it’s algorithmic AI suggesting what TV show we ought to binge next or the use of AI tech to improve the scoring prowess of professional basketball players, the scope and reach of the technology is too far and wide to even begin to cover. Unsurprisingly, AI has also found its way into a notable role within the staffing and human resources departments all over the world. Let’s take a look at how AI is now impacting the staffing and HR disciplines.

Hiring is a strenuous process. Finding the right candidate is often a long-drawn process and always an imperfect science. The larger the organization, the more nuanced and complicated the hiring process often becomes. In fact, according to a survey for talent acquisition leaders, 56% said their hiring volumes increased while a majority noted that their hiring teams stayed the same. Over half said “the hardest part of recruitment is screening candidates from a large applicant pool.” Now we see the window of opportunity for AI: the volume of hiring in HR departments exceeds the growth of the department and its resources. Here’s a few things AI does to alleviate the outlined problems:

Scanning resumes: With the implementation of cutting edge scanning systems, AI can identify key words and phrases that will select ideal candidates, helping HR departments and hiring managers in narrowing down the candidate pool from the jump.

Improving the process for the candidate: While the company resources (HR department, hiring managers, etc.) take on a great deal of responsibility in the selection process, there is also a massive headache and burden for job applicants. They are going through processes with several companies at a time, pouring themselves into applicant tests/assignments, and preparing for interviews. There are few things more frustrating for applicants than delayed response times from companies when they are in the interviewing process. AI helps to automate and can provide real-time feedback to candidates, leaving them far less frustrated and feeling in the dark.

According to a report from Oracle, AI has gained favor in a leadership role amongst a diverse range of workforces and within many industries. Bear with us. “The increasing adoption of AI at work is having a significant impact on the way employees interact with their managers,” the report says. “As a result, the traditional role of HR teams and the manager is shifting.” Some shocking facts were revealed in the study. Here’s a few:

Just about everything carries with it a risk. Massive AI integrations to sundry industries is certainly no exception to the rule. In a global McKinsey survey on The State of AI, respondents showed that only 41% of companies can explain how AI models come to their decisions. As stated in a Techwire piece, “The abilities and power of rapidly-evolving machine learning entities mean that while AI can be used effectively to lower corporate risk, its use is — due to those impediments — itself a factor in increasing overall risk exposure.” In other words, the importance of not only implementing but understanding your organization’s AI cannot be understated.

Artificial intelligence has made a massive jump since the turn of the century. With its constant evolution, HR departments and staffing agencies are able to cope with the massive increase in hiring volumes while their teams grow at a disproportionately slower rate. Surprisingly, AI has gained so much favor in the eyes of employees that they often prefer turning to AI over their managers. Employees believe in the unbiased outcomes of AI. All this does not omit the risk factor. With AI’s evolution snowballing at a fast rate, it would behoove companies to fully grasp the scope of their AI and its capabilities, lest we have another Terminator-styled-technological-takeover on our hands. ;)

Teamwork is all about a group of individuals coming together around a common goal. Check out this Infographic to discover the dos and don'ts for managing great teamwork

The Ins and Outs of Employee Engagement in 2022 [Infographic]

Engaged employees make for better workplaces! But what exactly does employee engagement entail? And if your organization is lacking in engagement, what can be done about it?